A small study in one US city may shed new light on the already established link between violent crime in a child’s neighbourhood and poor performance at school.

Lack of sleep is associated with difficulty in concentrating and reduced executive function. For four nights, the participants — a group of 82 children, 11-18 years old — wore an Actiwatch, which measures their sleep. They also filled in time diaries, and three times a day they provided saliva samples, which were measured for cortisol levels. Meanwhile, information on the location of every reported crime was obtained from the city police department During the study, 80 incidents of violent crime were reported – 43 assaults, 31 robberies, four sexual assaults and two homicides. Half the children had at least one crime occur close to their home during the short study.

Children went to bed later when a crime occurred near their home – on average, 38 minutes later on weekday nights. Homicides generated the strongest effect – bedtime was on average 1.81 hours later (though the sample for homicides was very small).

Cortisol levels on waking also increased the day after a violent crime, by 111%. Cortisol levels normally increase after waking as the body prepares for the day, but higher levels are associated with anxiety.

The data also suggested that the closer a crime occurred to a child’s home, the greater the impact on bedtime.

We partner with the Jacobs Foundation BOLD blog. 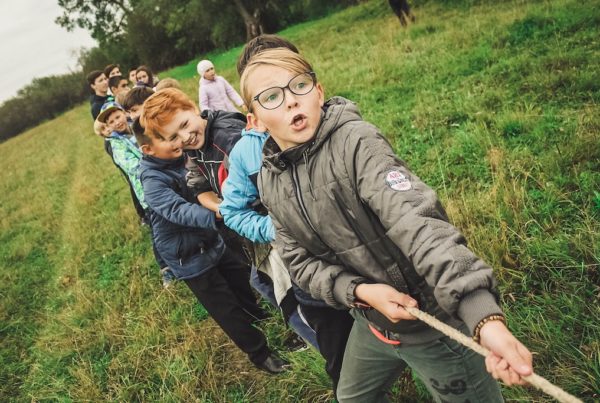 Ten ways to protect your child against bad experiences

This website is managed by The Family Initiative Registered Charity No. 1170660 and company limited by guarantee No. 10445272